The Migration Advisory Committee (MAC) has published its review of the shortage occupation list (SOL) on 29th March 2019.

According to Financial Times, “The Migration Advisor Committee urges migrants who are biochemists, architects and web designers should be able to jump the queue when applying for skilled worker visas”.

Overseas professionals such as web designers, architects and biochemist should be given priority access to the UK to overcome the growing skills shortage, government advisers advised on 29th May 2019.

The Migration Advisory Committee recommendations would increase the number of professionals from outside the EU. Under the new recommendations, the jobs such as veterinary surgeons, speech and language therapists and psychologists would be added to the Home Office’s list of “shortage occupations”. This move will make easier for the above professionals to secure a UK visa.

Some job areas in the shortage list could be expanded, to include all medical practitioners instead of just nurses, broadening the computer programmers job area, web developers, and civil and mechanical engineers. The Migration Advisor Committee added that, this is due to the “increasing difficulty” faced by the UK employers in recruiting certain job roles.

The estimate shows, there were 846,000 job vacancies in the three months to March, which is 28,000 more than the previous year. According to Financial Times, “nearly one in three job vacancies were in health and social work or retail.

For the full review of the shortage occupation list by the Migration Advisory Committee (MAC), click here.

Law and Lawyers are a law firm located in East London. We provide legal services and specialize in Conveyancing, Immigration Law, Family Law, Employment Law and Wills  & Probate. You can be assured of high standard of quality at Law and Lawyers as we have been awarded the Law Society’s LEXCEL Accredited Quality mark for high standards of client care and practice management at our firm. 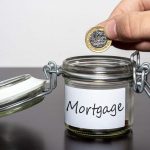 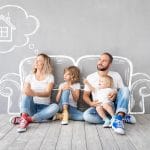 Could tighter restrictions mean home moves has to stop?
January 12, 2021Law and Lawyers 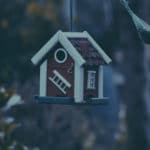 What is Conveyancing?
June 3, 2019Law and Lawyers

Conveyancing Immigration
We are using cookies to give you the best experience. You can find out more about which cookies we are using or switch them off in privacy settings.
AcceptPrivacy Settings